The Time Zone Controversy of living in Indianapolis 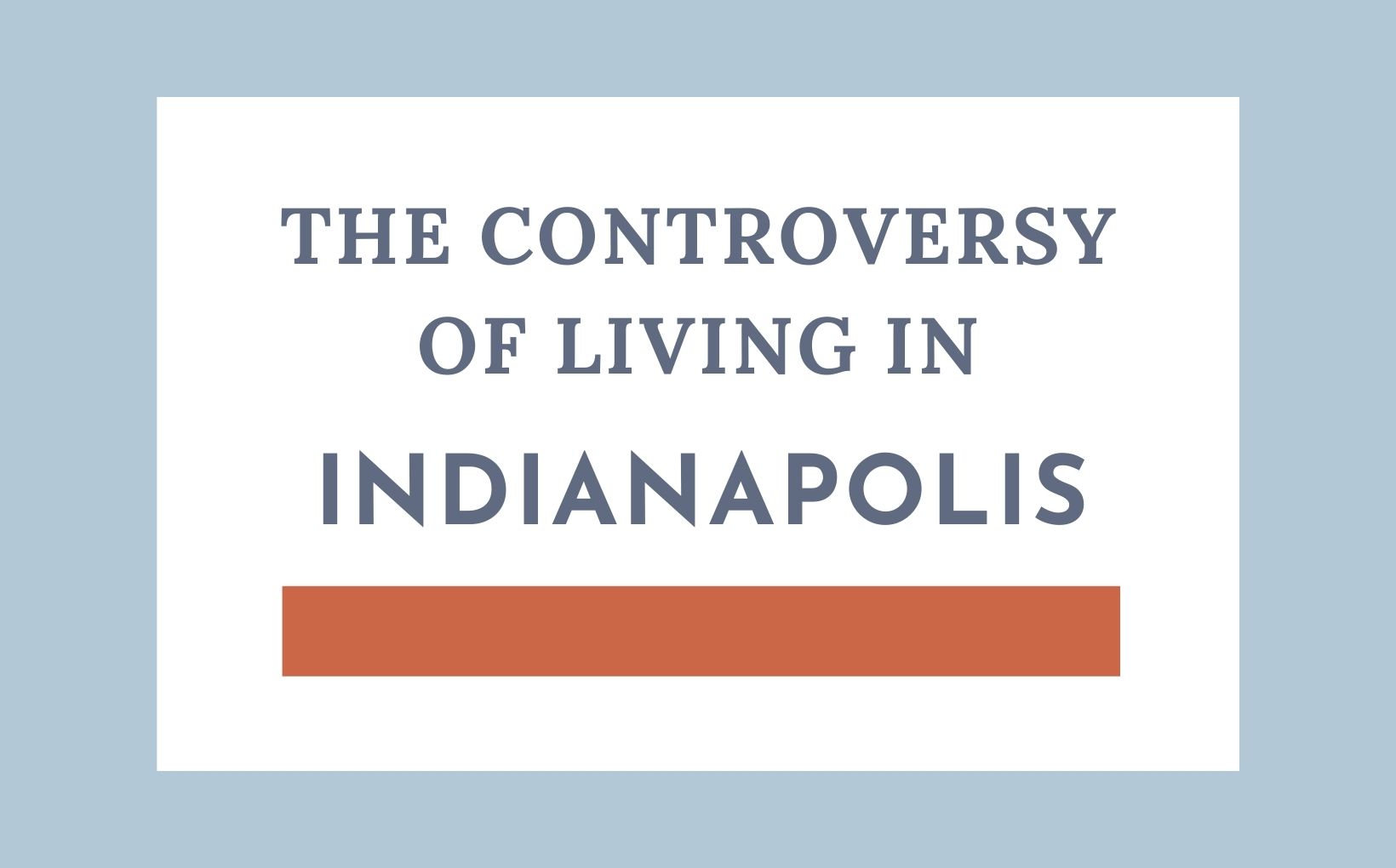 There are plenty of things to think about when you are considering living in Indianapolis. You have the obvious factors, like schools and employment opportunities, or where to look when buying a home. But there are also less obvious things to consider, caveats only a local can let you in on. Like how brutally cold the winds are in the prairie geography of central Indiana. Or which neighborhoods are best to live in for your particular lifestyle. But one of the biggest controversies about living in Indianapolis that you probably won’t consider until you live there is the multiple time zones within the state of Indiana.

You might have looked at a map already and realized that there are portions of Indiana on both Central Time and Eastern Time. It also might not seem like a big deal at all. After all, if you’re living in the Indy Metro Area, it’s in the same time zone as most of the rest of the state, so why should the other parts of the state three hours away from you affect you? Unfortunately, think again, because it can and will get confusing at some point.

I’ve outlined some of the ways in which the time zones in Indiana can get muddy, and hopefully can give you some insight into what the reality of the time difference looks like for a local.

Most of the state is on Eastern Time (80 out of 92 counties,) but some of the most populated parts of the state are on Central Time. When Indiana residents are traveling within the state, or trying to watch something broadcast from Indianapolis, it’s a constant pain to remember the time zone difference.

Indiana is a long state; it takes around six hours to travel from top to bottom. That’s a lot of space to cover, so it’s understandable that you might cross time zone borders. It’s more about the lines of these borders, however; when it comes to the inconvenience. For instance; Evansville, Indiana, nearly the southernmost city in Indiana, is a short three hour drive from Indianapolis, via I-69. Though relatively close in distance, Indianapolis is an hour ahead of Evansville, and the rest of the southwestern portion of the state where the Wabash meets the Ohio River.

The Indiana side of the area surrounding Chicago, known to Hoosiers as “The Region,” is also on Central Time. Most of The Region is about three hours from Indianapolis, not far enough to usually merit a time change. A large portion of Indiana’s population lives in this populated area, meaning all of these suburbs and towns are in a different time zone than the state capitol. Again, confusion all around. Learn More: 5 Things to know about Moving to Indianapolis

Another reason Hoosiers struggle with the time zone difference is because up until recently, Indiana didn’t recognize Daylight Savings Time at all. In 2006, Indiana finally switched over to utilizing this system, as much of the country was already doing so. Today, Arizona is the only state that doesn’t observe Daylight Savings Time. The United States first adopted Daylight Savings Time in 1918. Due to local legislation being afforded the ability to decide for themselves what best fits the needs of their people, it trickled throughout the country slowly as different states got onboard.

Because Indiana has only been observing Daylight Savings Time for about fifteen years, there are plenty of people who remember it the other way and liked it better. There are definitely arguments for either, but as we all know, old habits die hard. And if there’s one thing Hoosiers like, it’s their old habits! Once Indiana became a Daylight Savings state, outlining the borders for the two local time zones wasn’t exactly easy. Seemingly, drawing the line with state borders is the most intuitive option. But because Indiana is so long, there are many different cities and lifestyles within it, just like California.

Most of the state is on Eastern Time, keeping it in the same time zone as many other large, Midwestern cities, such as Columbus, Louisville, and Detroit. The “toe of the boot,” or the southwestern end of the state, is closer to large cities like St. Louis, Springfield, and Nashville, so it makes sense for this part of the state to be on Central Time.

The cities in northwestern Indiana are on Central Time because they are so close to Chicago. Being in the same time zone as this nearby large metropolis was the most logical option. If you live in Indiana, this seems the most reasonable way to divide the state. But for those traveling through, especially if they are headed to Indy from a different part of the state, it can get extremely confusing. Learn More: What are the other Pros & Cons to Living in Indianapolis?

How Does the Time Change Actually Affect You?

For much of the year, you won’t even notice Daylight Savings Time, and that’s intentional. The practice of moving the clocks forward or backward an hour to preserve daylight is considered by some to be antiquated. Originally, Daylight Savings Time was utilized to help farmers take advantage of the daylight farming hours in a day. By moving the business hours of the day to better fit the hours in which it was daylight, everyone, not just agrarians, could benefit from seemingly longer days.

Not only do we benefit from this system in our work day, humans actually receive an advantage on a much deeper, evolutionary level. People, like apes, our closest relative in the animal kingdom, are diurnal, meaning our brains are designed to be awake and active during the day. Daylight stimulates our brains, helping us to think and be productive, just as it once helped our ancestors to hunt, gather, and travel long distances.

Our bodies utilize another evolutionary product, the Circadian Rhythm, to know when we should be awake and when we should be asleep. Even a self proclaimed night owl has within them this natural body clock, telling them to be awake when the sun is out. We can train ourselves to any schedule, such as working a night shift, but this notion of “daytime awake, nighttime asleep” will always be our brain’s default setting.

Though there are plenty of benefits from Daylight Savings Time, the closer it gets to the switch time, the more frustrating the impending change may be. For instance, before the time changes in the late fall, it might feel like it’s getting dark before you can even get home and start making dinner. Children only get a couple hours to play outdoors before they lose the light. Not to mention, it’s just downright frustrating to feel like half of your evening is spent in darkness. Learn More: How much does it cost to live in Indianapolis?

Though for the most part there is nothing that can be done about the length of days as our earth moves away from the sun, moving the hours of daylight back can definitely mitigate the effects slightly. It’s not much, but it’s something! Waking up to a sunrise, as opposed to the sun rising an hour after you’ve awakened, can make at least a small difference.

We’ve mentioned how an earlier sunrise can help get you up and out of bed, but more sunshine hours can have some negatives as well. In the heart of the summer, as we get closer to the longest day of the year, June 21st, the late daylight can get to be a bit much. For much of the summer, the sun is setting after 9:00 pm. And even after it has dipped below the horizon, there is still a twilight period in which the sky is still “light.” When it’s still relatively light at 10:00 pm, this can be just as detrimental to the sleep cycle as the dark hours lingering too long in the morning.

If you have small children that you are trying to get to bed at 7:30 or 8:00 at night, this can be extremely difficult. Not only are you fighting to get them to bed while it’s still light out, it will understandably be harder for them to fall asleep when their brain is thinking “daylight, awake!” If nothing else, invest in blackout curtains for the bedrooms of your home. It’s a worthwhile investment.

Crazy time zones and all, Indianapolis is a wonderful place to call home. If you think you are ready to make the move, reach out to me, I would love to help you find your dream home in the Indy Metro Area.

← Tour of Downtown Carmel, Indiana 5 Most Walkable Neighborhoods in Indianapolis →