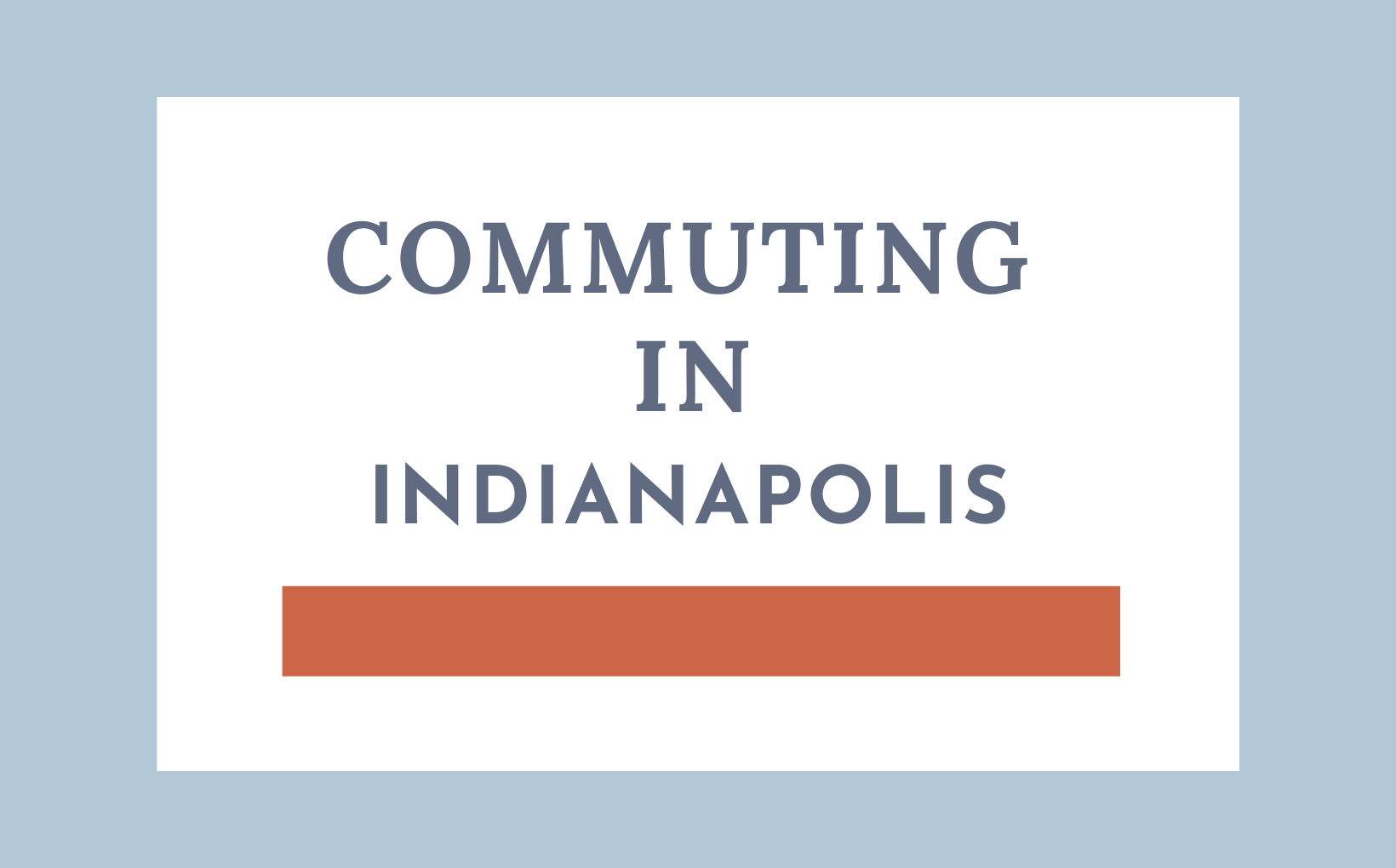 Commuting in & around Indianapolis

*Note: Commute times are extremely relative. The time of day, part of town, and time of year always cause traffic congestion to fluctuate. These observations are merely that, personal opinion of a resident. The Global Traffic Index ranks 404 major cities in the world in ascending order of traffic congestion, with the 404th city having the least traffic. Indianapolis ranks 384. This means the traffic density in Indianapolis is some of the lowest in all of the world. The most congested city, Istanbul, Turkey, has so much traffic that when cars are filling the streets, commuting takes 62% longer than it would with no traffic. In Indianapolis, this rate is only 12%.

With a 12% increase in commute time during high traffic hours, this is still a much smaller inconvenience than it would be in many cities. If you have a drive that would be thirty minutes without traffic, it’s only going to increase by a few minutes with traffic. These numbers are theoretical, of course, but still encouraging to those wanting to live with the amenities of a big city without the stress of typical big city traffic. Learn More: Get to know Indianapolis in one weekend

Why is it easier to commute in Indianapolis?

One of the biggest contributing factors to Indy’s low congestion traffic is its spread-out nature. Indianapolis spans an area close to 270 square miles. For a city with so many people residing in and around city limits, the fact that these people are widely dispersed helps to keep the traffic down. The suburbs in particular are extremely easy to navigate and experience very little traffic during most hours of the day.

Even though public transportation in Indianapolis isn’t always a very viable option, there are still many options when it comes to moving about Indy. With the bypass, and countless streets that intersect and lead throughout the Indy Metro Area, there are plenty of ways to get around. The grid of Indianapolis resembles a wheel, with spokes radiating from the center; these spokes are highways and streets. You have a path headed in nearly any direction to or from Indianapolis.

Looking to move to Indianapolis?

If you are considering moving to Indianapolis and want to know more about the commute you might be looking at for work, school, or otherwise, please reach out to me at Compton Realty. I can help you better understand what parts of town are the easiest to navigate, and how long your drive would be from Point A to Point B at given times during the day.

← Five things to know BEFORE moving to Indianapolis 5 Reasons NOT to Move to Westfield, Indiana →